PowerViews presents . . . "Slavery By Another Name" with Discussion with Dr. Raymond Winbush

“ Slavery By Another Name” 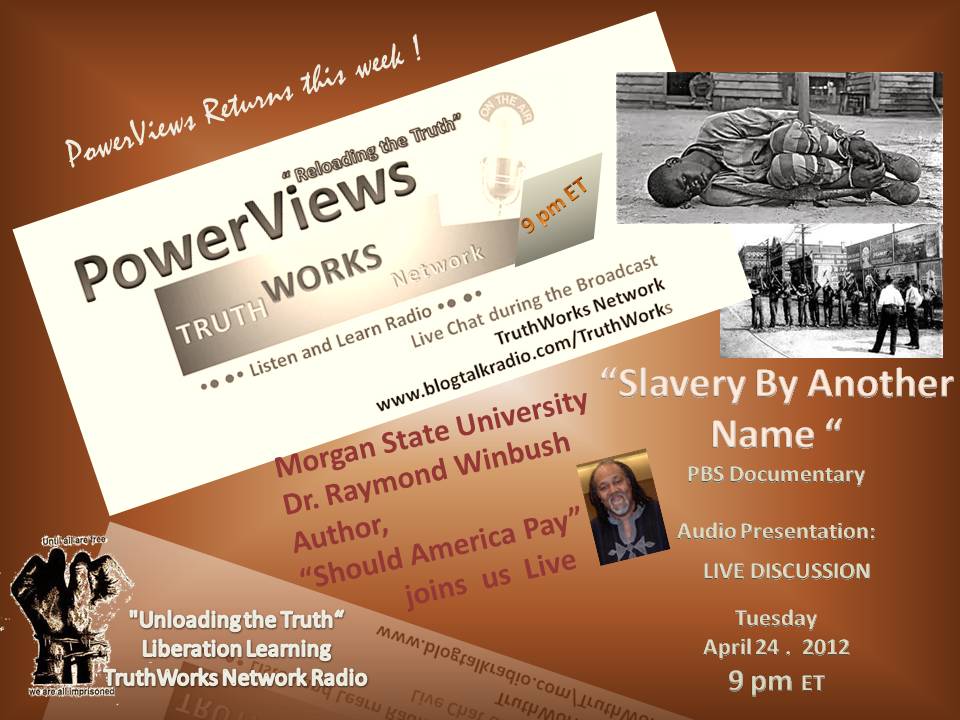 Special Commentary and Discussion with

Tonight at PowerViews, where we believe “TRUTH MUST BE RELOADED and SPOKEN MORE THAN ONCE”, we present a large audio portion of the documentary and provide a space for the facts exposed underscored in Blackmon’s book to be examined.

The Book and the Documentary 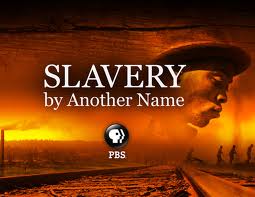 The Age of Neo-Slavery

In this groundbreaking historical expose, Douglas A. Blackmon brings to light one of the most shameful chapters in American history—when a cynical new form of slavery was resurrected from the ashes of the Civil War and re-imposed on hundreds of thousands of African-Americans until the dawn of World War

Under laws enacted specifically to intimidate blacks, tens of thousands of African Americans were arbitrarily arrested, hit with outrageous fines, and charged for the costs of their own arrests. With no means to pay these ostensible “debts,” prisoners were sold as forced laborers to coal mines, lumber camps, brickyards, railroads, quarries and farm plantations. Thousands of other African Americans were simply seized by southern landowners and compelled into years of involuntary servitude. Government officials leased falsely imprisoned blacks to small-town entrepreneurs, provincial farmers, and dozens of corporations—including U.S. Steel Corp.—looking for cheap and abundant labor. Armies of "free" black men labored without compensation, were repeatedly bought and sold, and were forced through beatings and physical torture to do the bidding of white masters for decades after the official abolition of American slavery.

The neoslavery system exploited legal loopholes and federal policies which discouraged prosecution of whites for continuing to hold black workers against their wills. As it poured millions of dollars into southern government treasuries, the new slavery also became a key instrument in the terrorization of African Americans seeking full participation in the U.S. political system.

PBS brings this history to life again via the screen.

We hope that you will join us.

ABOUT Dr. Raymond A. Winbush

Joining us for our discussion with special commentary is Dr. Raymond A. Winbush, Director of the Urban Institute Research Center at Morgan State University, former Director of the Race Relations Institute at Fisk University, and author of The Warrior Method: A Program for Rearing Healthy Black Boys; Should America Pay: Should America Pay? Slavery and The Raging Debate on Reparations; Belinda's Petition a Concise History of the TransAtlantic Slave Trade.

Dr. Winbush served as Assistant Provost, held an adjunct professorship in the Department of Psychology and was Director of the Johnson Black Cultural Center and Director of Intercultural Affairs. In 1989, he was first Vice President for Minority Affairs at Cleveland State University and, in 1995, appointed Director of the Race Relations Institute at Fisk University, where he served until 2002. In addition to serving on the editorial board of the Journal of Black Studies and as executive board member for the National Council for Black Studies, Dr. Winbush has been professional consultant and southern region president to the Association of Black Culture Centers. He has lectured on the challenges faced by African men and the struggle for reparations throughout the United States, London, Amsterdam, Sydney, Paris, Brussels and Paramaribo.

In 2002, Ray Winbush aided in establishing the Global Afrikan Congress and appeared as race relations expert on The Oprah Winfrey Show in 2005. were published in 2001 and 2003 respectively. His latest book, Belinda's Petition a Concise History of the TransAtlantic Slave Trade (XLibris, 2009) is considered a "prequel" to Should America Pay?: Slavery and the Raging Debate on Reparations, and provides an overview of how reparations for the TransAtlantic Slave Trade has been a consistent theme among African people for the past 500 years.